SHOUT OUT! MUSIC EDUCATION FOR ALL #3

And now that we've just about recovered from yesterday's #conductormovies madness, (catch up via the post below if you missed it), here are my next three musical luminaries speaking up on why a musical education is not just valuable but invaluable, and should never be barred to children whose families are unable to pay for it. Please welcome: the great British pianist Paul Lewis, ace oboist and conductor Nicholas Daniel and violinist Eos Chater from Bond! 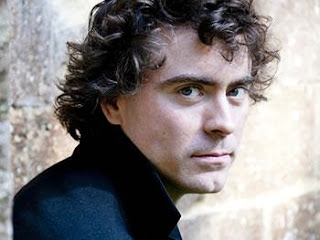 "When the wide ranging benefits of music education have been staring us right in the face for so long, it's little short of depressing that as soon as budget cuts are mentioned, music remains a soft target. Growing up on Merseyside in the 1980s, I was lucky enough to have benefitted from a primary school which took its music seriously, the gift of state funded peripatetic instrumental tuition, and a selection of local youth orchestras and children's music groups, all provided by the local council.
"This kind of set-up has of course long disappeared, and the prospect of further brutal cuts sends out a disheartening message to anybody for whom music is an important part of life. Those of us who value it have a responsibility to do whatever it takes to ensure that music - undeniably an essential part of a broad and inclusive education - occupies a prominent place in our education system. To deny the next generation the means to discover something so life enriching, and to which we ourselves had free access, is a thoughtless and selfish strategy." 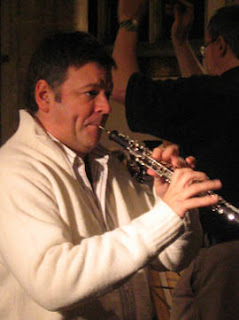 My profound concerns over local and county council cuts in the highly productive and cost-effective music services are based on personal experience.
My teenage sons have benefitted greatly from the legendary music service in Bedfordshire, through the County Youth Orchestra and Chamber Music courses. I would go so far as to say they were central to their enjoying music as much as they do now. The future there is still uncertain, I'm told, but looking bleak.
I have heard about many areas facing drastic cuts, but Arts in Education in Leicester have been completely cut. Completely. 100%. This is the county that has in recent years seen thousands of children involved in dance projects and performing real, serious dance, and where Sir Michael Tippett used to conduct the Youth Orchestra. The big picture is terribly worrying nationwide, and the ignorance of the need for the arts among our local elected representatives seems truly shocking.
I protest here, I will protest where I can. However I will not be protesting in London after the horrendous experience my 16-year-old son Alastair had with 'Kettling' while protesting against education cuts last year. It makes the suspicious side of my nature wonder whether there is an overall plan. 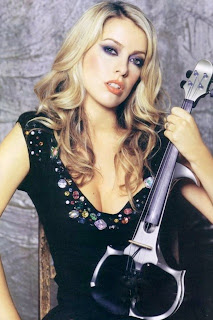 I was brought up through the British music education system, so the issue of cuts is something that is very close to my heart. It seems that music is seen as a luxury, but what is often overlooked is the additional learning that takes place in musical environments.


When I was a kid, all the county orchestras and school instrument lessons were government funded and therefore free to pupils and their parents. That meant that anybody and everybody could learn to play an instrument, and be a part of a brass band, choir or orchestra regardless of their financial or social background. The following is a list of social development benefits that come through music:


1/ Building confidence
Being a part of a large group of like-minded people and working together and achieving  a common goal is hugely beneficial for young people. I have life-long friends from my youth orchestra days.

2/ The value of  cooperation.
In an orchestra everyone needs to be cooperative and to play together for the performance to be any good. The whole orchestra could be made up of virtuoso players but if they don't play together  the orchestra will  sound awful.


3/ Speaking and Listening
Being aware of when it's your time come to the fore and when to let someone else be heard.

4/ Sharing leadership
an orchestral soloist and conductor mutually follow one another in a (for want of a better word) dance.


5/ Punctuality.
Nothing makes you more punctual than having 70 people turning round tutting at you as you arrive late...even if it's done in good spirit.

6/ Pulling your weight and having pride in your work
People who join and are 'passengers' rarely stay so for long as everybody knows everybody else in an orchestra so people tend to make an effort.