SHOUT OUT! MUSIC EDUCATION FOR ALL #1

Music education in the UK is facing a shaky future due to financial cutbacks. Despite an apparently positive response from central government to Darren Henley's recommendations in his official report, local authorities have already begun to slash their music services and budgets for music teaching. Some are putting fees for instrumental tuition up to levels way beyond the recommended MU rates, pricing the non-privileged out of the market. This discrepancy between apparent central intent and what's really happening "on the ground" needs to be recognised and spotlighted. And it needs noticing now.
I, for one, don't want to see music-making in the UK barred to those who can't afford to pay for lessons. Yet while authors jumped forward with alacrity and tough words about the iniquities of closing libraries, and were instant fodder for headlines, even the most prominent musicians seem to lack suitable outlets to speak out. An entire musical country has therefore been feeling voiceless and hopeless.
Enter JDCMB. I've asked some of the prominent British musicians I know to please consider voicing their concerns via my site and I'll be running their responses throughout the week ahead. Today we begin with no less a team than Tasmin Little, Barry Douglas and Julian Lloyd Webber. 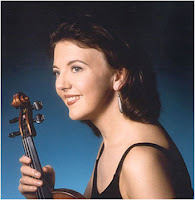 "My point is short and far from sweet.  If we do not keep music education high on our agenda, it is not just the current generation of children who will be deprived of profound experiences which can affect their whole lives, but future generations, who will wonder why they cannot understand emotions which lie deep within themselves.


I have had so many experiences of the power of music on children of all ages, nationality and social background - from kids with communication disabilities in UK, to groups of Chinese children who have never heard a note of any live music, to young Zimbabwean children whose animated faces at their discovery of music will never leave my memory.  However, a teacher in Yorkshire emailed me recently and her words sum it all up for me:

“I also teach minority ethnic children English, and thought you would like to hear this story:  one of these children had selective mutism, and it was only when I took my guitar in to her English lesson and gave it to her to hold that she said her first sentence to me, which was 'I'd like to learn the violin'!  From that point she has begun speaking, and after I arranged violin lessons for her, it turns out that she has musical talent and is doing well.  This is the power of music!” 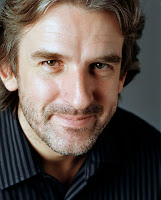 "We like to define society by the expressiveness and achievement of its people. OK - fine.  But in this era of cutting mercilessly, it's not 'just about the economy, stupid!' The wealthy class always hold all the cards and the rest try 'their best'; and here is an amazing example of, potentially, a whole generation of young people being barred from the fulfilment and delight of music and the arts. When all other European countries except Ireland are freezing or increasing funding, the one-time hub of the music world is cutting and imploding.  How short-sighted and how cruel. Even when I was growing up during the conflict in Northern Ireland in the 1970s, the concerts, festivals and music education available helped sustain us. Think again, please, for the sake of your children and grand-children."

"It is extremely frustrating when the Coalition has given its support to the importance of music in schools – having recognised the huge social benefits music brings both to children and their communities - to then discover slash-happy local authorities lagging far behind in their thinking. It is so easy to make a knee-jerk ‘cut’ to provisions for music and so hard to reinstate it later.


"Music is a universal language which brings people together and which provenly enhances children’s skills in so many other ways. There is no better way to build a ‘Big Society’ than through music – one thing EVERYONE can share together."
Posted by Jessica at 10:06 am