SHOUT OUT! MUSIC EDUCATION FOR ALL #4

Did you know that the deadline for the decision on whether music should be included as a subject for the English Baccalaureate is 14 April? Nor did I, until this info appeared on Facebook in the group called ADD MUSIC TO THE ENGLISH BACC. The ISM website has some template letters for you to download & write to the powers that be PDQ: http://www.ism.org/news_campaigns/article/musicians_fight_for_place_in_baccalaureate/
Apparently the Times educational supplement has reported that only one in 10 Labour MPs think music should be included, and no (0) Tory MPs do at all. If it were to be excluded, it's anybody's guess as to how any gifted young musicians hoping to study music at any institution - here or abroad - would be able to support their aptitude with an academic qualification.

For today's SHOUT OUT! it's over to two wonderful British pianists: Leon McCawley and Margaret Fingerhut. And keep scrolling down to today's previous post to see Daniel Barenboim's words on how music can bring people together... 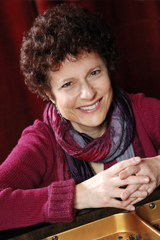 One school that I visit is facing huge hikes in the cost of music lessons from its local authority. It is set to rise astronomically, apparently by over £10 per hour.  This will obviously put instrumental lessons beyond the reach of less well-off students. Furthermore parents will also have to commit their child to a full year’s tuition, so if young Fred takes up the oboe but decides he doesn’t like it after one term, the parents still have to pay for his lessons for the rest of the year.  Evidently that’s likely to discourage kids from taking up a musical instrument in the first place.

A propos what can be achieved if children are encouraged rather than dumbed-down to, I am reminded of the indefatigable and much-missed Maureen Lehane Wishart.  She had an almost missionary zeal to enrich the lives of youngsters in her locality of Somerset. She once had 40 12-year-olds from all ethnic backgrounds from a deprived area in Bristol camping in her garden at Jackdaws for nine days while they worked at the choruses from Monteverdi’s Vespers.  They then gave an hour long performance from memory - in Latin, if you please - at a local church, attended by their families and friends. Apparently everyone was in tears afterwards.  Just imagine a world where this sort of thing could happen as a matter of course in our schools, for ALL children.
LEON MCCAWLEY, pianist 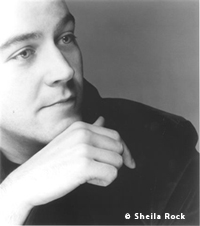 I don’t come from a musical background.  However, my parents made a fortunate decision to buy a piano for me and my siblings to play on and had a small collection of classical music records in the house. In my childhood spent in a small village in Cheshire, my only real exposure to music was in my local primary school and having paid lessons with a local teacher. Fortunately, I had schoolteachers who understood the value of music. There were musical productions, carol concerts and peripatetic teachers coming into the school to introduce and teach a variety of instruments to the class. All these things were part and parcel of a school education. It is sad and incredulous to see that they are fast disappearing from the curriculum. Even though I eventually was able to go to a private specialist music school to pursue my dream of becoming a concert pianist, I owe a huge amount to my FREE primary school musical experience.
We can’t expect everyone to be converted to the great joys and riches of classical music, but if there is no basic introduction offered at a young age, we can expect very bleak times ahead.
Posted by Jessica at 8:40 am