I sloped off to Vienna last week and was lucky enough to hear the lady in the cab above play the Tchaikovsky Violin Concerto at the Musikverein. Anne-Sophie Mutter is an unpredictable artist, someone who reimagines the music, pushes at all its boundaries - and occasionally, in the view of many, has been known to push too far. Yet her Tchaikovsky had a gratifying edge of danger: she never played one phrase "safe". And much of the finale really was full speed ahead... In terms of sheer technical perfection and fabulous tone, there is nothing she can't do. You may not like everything she chooses to do, but she commands absolute respect nontheless - and her Bach encore was impeccable in taste. She's a one-off.

In Vienna I also went to visit a few old friends... 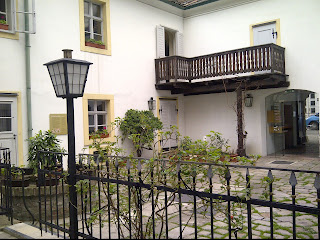 Above, Haydn's house, his last home and now an excellent museum, well worth a dekko. Did you know he had a grey-and-red parrot? He brought it back with him from London and trained it to talk. After his death, when his effects were auctioned, it fetched a tidy sum. 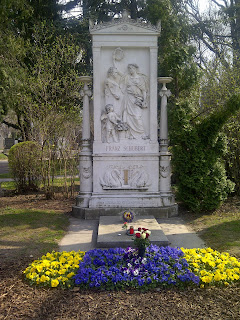 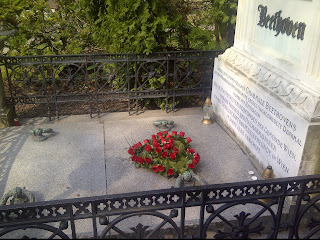 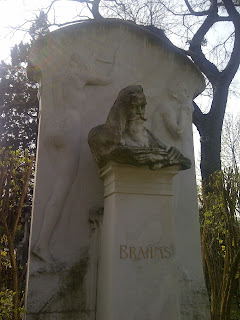 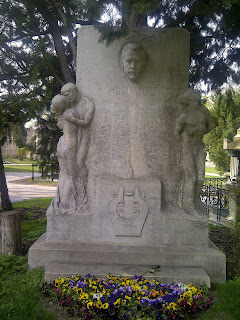 Hugo Wolf's grave is nearly back-to-back with Schubert's, I find it slightly mean of the (otherwise excellent) sculptor to have carved the unfortunate man's downfall into his tombstone. Poor Wolf died of syphilis.