"If they start shooting, whatever you do, don't leave the synthesizer behind" 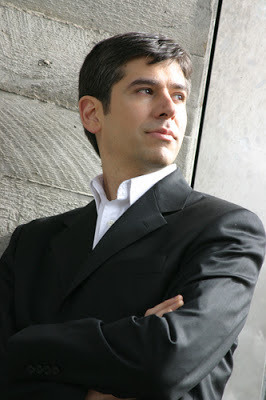 Fasten your seatbelts: in Gramophone, the Russian pianist Rustem Hayroudinoff has spilled the beans about his studies at the Moscow Conservatoire in the last days of the USSR.

It's a hair-raising read: from what eight-year-olds had to do in rhythm classes - it could make the UK's Grade VIII examiners blanch - to queuing for practice rooms at 5am in -30 degrees, plus the restaurant band job that Rustem turned down after learning the vocation of the clientele (the quote in our heading gives you a clue). Immense demands, yet equally gargantuan rewards: for all its challenges, this was the best musical training on earth.

If you've been through typical British school and college musical studies, you might be pretty sobered to consider the level of expertise that Moscow expected of its students. No wonder they tended to wipe the floor with everyone else at competitions...

Not to put too fine a point on it, it makes most of us look like complete amateurs (nothing wrong with being an amateur, of course - unless you want to be a professional.)

Rustem's CDs have often grabbed five star reviews and some of his Rachmaninov recordings have become "benchmarks" for BBC Music Magazine, which shortlisted him for its Instrumental award a couple of years back. But he doesn't give that many recitals, so a chance to hear him isn't to be sniffed at. This Saturday Rustem plays at St John's Smith Square.

He introduces the programme himself from the microphone. It's focused on contrasts between JS and CPE Bach, Liszt's devilish and saintly modes, and Rachmaninov's extraordinary Sonata No.1, which is based on the 'Faust' legend but is rarely performed, compared to the Sonata No.2 (possibly because it's too difficult!). Do come and hear him.

More about Rustem from the Cross-Eyed Pianist blog here: a frank, ferocious chat in which he doesn't mince his words about the music business in general...

Here's an interview, an extract of the Rachmaninov Sonata No.1 and an Etude-Tableau, from Canadian radio: